This is not the start to 2021 that any of us wanted, but the awkward combination of federal indifference, essential worker obligation, and individually inaccurate personal risk assessments led predictably to this. 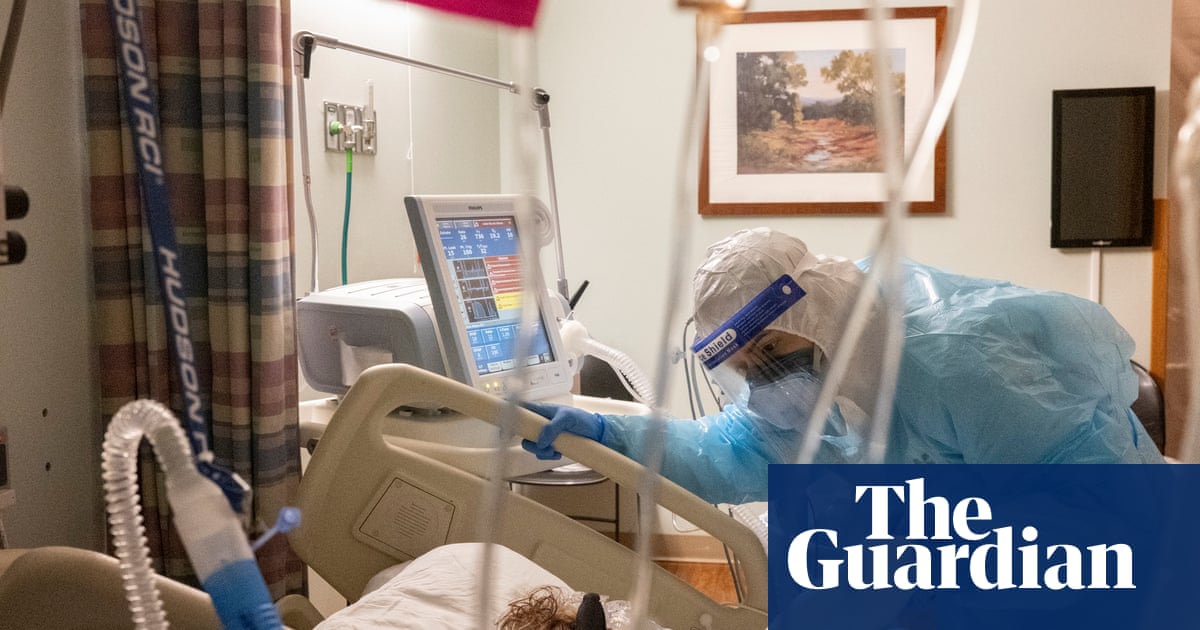 The data is wild – cases going up 237,000 cases a day in this country alone – and is what was predicted.

I went past a shopping mall yesterday, and the parking lot was nearly full. As if none of this is happening. It’s difficult to reconcile.

While I’m relieved this is being studied and taken seriously, I remain uncomfortable with the idea that our COVID-19 vaccination programs could be undermined when humans infect industrially farmed animals, who then return the favor with new variants.

If you’re interested in an overview of the animal-to-human-transmission – zoonosis – situation with COVID-19, you should read the WHO summary that focuses on mink farms and related infections, below. (When last I visited, it was updated in early November 2020; additional cases have occurred since that time: you can see more recent case counts just by running a search for COVID mink. Ick.)

SARS-CoV-2 mink-associated variant strain – Denmark
Since June 2020, 214 human cases of COVID-19 have been identified in Denmark with SARS-CoV-2 variants associated with farmed minks, including 12 cases with a unique variant, reported on 5 November.

STOP WEARING ANIMALS, HUMANS! (Yes, I’d be supportive of humans discontinuing all industrial farming of animals. It will be great when swine flu, bird flu, etc., aren’t human pandemics brought about by these crowded and unsanitary industrial practices.)

This is not the news I wanted or needed, but it jumped out this morning. 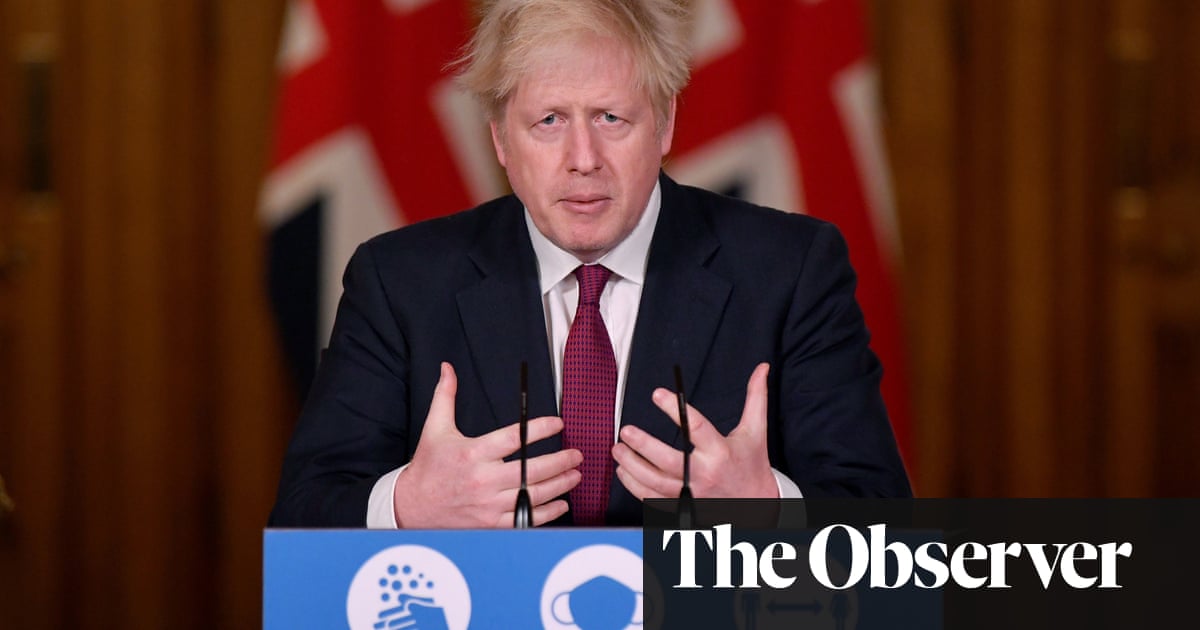 The key quote is:

In a major U-turn that prompted an immediate backlash from his party, the prime minister placed a third of England’s population under new tier 4 restrictions to counter a Covid strain believed to be up to 70% more transmissible than previous variants.

SEVENTY PERCENT?!?!? Yikes. Just when vaccines were starting to tilt the news in a more hopeful direction…

This is a level above being merely COVID-AWARE, I guess. This isn’t how I expected the emergency alert system to be used, but things are pretty rough right now in the U.S.

So, the good news is that the FDA granted emergency authorization for the Moderna vaccine, so now we’ll have two we can use in the U.S., once we work out the logistics of distributing and administering them.

The bad news is that Los Angeles County already has a COVID fatality rate that that can now be characterized in deaths per hour.

It’s… as bad as was predicted by people who are good at predicting epidemics. Who knew?

This is still a really difficult time, and even with the vaccines being authorized, it feels like relief for most people from all of the dread and risk management and logistics and economic despair is still a long way off.

We all need to find some sparks of joy to keep us going, but it’s tough knowing how hard it is for everyone right now. Even if my phone hadn’t blared this loud reminder.

I don’t really know what to do with this information. It’s… difficult to process 190,000+ new COVID-19 cases daily, or over 1,000 deaths daily just in this one country. It feels important; I hope to survive to look back on this time and recognize how remarkable it was; it is the context that affects every day of my life currently; but it is also terrible and haunting and difficult and sad.

Here is how we here in San Francisco will be using California’s strictest regional approach through early January, in an attempt to hold down the ICU capacity numbers before the multi-week delay makes that impossible:

San Francisco to Join Bay Area Counties to Preemptively Adopt California’s Regional Stay at Home Order in an Effort to Contain COVID-19 Surge | Office of the Mayor
San Francisco, CA — Mayor London N. Breed and Director of Health Dr. Grant Colfax today announced San Francisco will join counties across the Bay Area to impose significant restrictions across the region in an effort to mitigate the current surge in COVID-19 cases. The City’s case rate and hospitali…

The regional stay-at-home order from the California Department of Public Health is here:

What is especially discouraging for San Franciscans, who had kept the numbers so low until recently, is that we had some incremental service / business expansions which required extensive planning and infrastructure investment. There has been so much effort on the part of locals, businesses, and the City to allow those to succeed. But the infection rate has climbed dramatically, and so we can’t continue as if it hasn’t.

The big question as we challenge restrictions on things like outdoor dining or museums at 25% capacity is: which activities are causing the spike? Indoor dining DEFINITELY contributes to infections, based on reports from other regions, and we can follow that science. Meanwhile, the data on unenclosed (truly outdoor) dining, outdoor playgrounds with managed capacity, outdoor retail, and similar approaches is lacking. That lack of data is frustrating! We want to adapt, and we need that data.

There is now enough good vaccine news that Johns Hopkins has a page devoted to these developments.

Here in the U.S., the vaccines I’m reading about daily and which give me encouragement are made by: (a) Pfizer and BioNTech, (b) Moderna, and (c) AstraZeneca and Oxford University.

Vaccines – Johns Hopkins Coronavirus Resource Center
With dozens of COVID-19 vaccines now in clinical trials, it is important to understand the accelerated timelines for development, the different types of vaccines available, and the facts related to vaccine safety and efficacy. Additionally, as vaccines are approved, we will track data on vaccination…

Vaccines in Russia and China are also ‘in play,’ which is hugely beneficial for the world, since as many nations as possible need to contribute solutions and ensure they are available globally.

This remains a peculiar time to be alive. There is so much happening that will be in history books, but the experience of being IN IT is different than the way it will be written about in retrospect. It’s one thing to read about past historic plagues and disasters long after they occurred; it’s another thing to be taking drastic daily precautions, to NOT know which of our loved ones will be harmed, and to not know when it will end.

Psychologically, we are at a point of juggling renewed hopes and great despair.

There is some great vaccine news that holds promise for managing the crisis in 2021. Meanwhile, many of the people in my country have decided that traditional holidays will not be changed for the survival of their neighbors and colleagues, and so we are bracing for a December/January infection and death spike from Thanksgiving week, which may extend the precautions for all of us. Hospitals in my state are approaching capacity, putting everyone who needs hospitals at risk, not only COVID patients.

Editorials ask us not to harshly judge people who are putting the lives of others in our community at risk, but this feels like asking us not to judge arsonists – as if starting fires one doesn’t control on public land is a personal decision.

Here’s the always excellent Johns Hopkins on where we are with respect to disturbing upward trends:

The national news and government experts are all expecting a massive spike this month, and the causes are already behind us, so it’s a matter of watching the numbers in frustration, and having a very different Christmas season from most other years. Outside of continuing to limit our own exposure to other households, there isn’t much we can do about the decisions that others made, which impact our communities regardless of their intentions.

Our case rate nearly quadrupled? This is ominous.

SF assigned to State’s Purple Tier, will roll back many non-essential activities | San Francisco
San Francisco was assigned by the state to the most restrictive reopening tier (Purple) according to California’s Blueprint for a Safer Economy. This was due to an aggressive surge in COVID-19 cases. Our daily cases have nearly quadrupled in the past month.

Our county is tiny, so the idea of avoiding travel outside of SF is kind of wild. I haven’t left SF since March, so it is obviously totally do-able, but it’s still kind of a shock.

If you feel sick or you’ve been exposed to COVID-19, get tested.The City has issued a travel advisory urging residents not to travel outside of the county and recommending a 14-day quarantine for anyone who traveled outside the state or engaged in higher risk activity.

I was reading my very strange Twitter feed (it’s so geeky – lawyers, writers, activists, marine biologists, comedians), when I fell into a Michael Harriot thread about Bruce Boynton, who died on November 23, 2020. His thread would up telling multiple stories: of slaves making off with a ship, fighting in the Civil War, and all the cool things their descendants did.

As he unwinds these stories (which you should read in his thread), the story includes having one of Boynton’s relatives discussing the last surviving U.S. slaves – not the one that was famous at the time, but another. A woman named Redoshi, who was on that last, highly illegal final ship called Clothilde, the wreckage of which was recently found.

You can read more about her specifically in this video, from an Alabama news station:

I thought Mr. Harriot had linked to the wrong video in his thread, since it is a USDA film about how the 1930s USDA had dedicated trainers and agents to train and advise southern Blacks in successful farming techniques, but Redoshi does appear briefly and early on in this video from the USDA under the name Sally Smith:

(This video really inspires me to think of 4H and other agricultural programs differently: they played a role in supporting those freed from slavery and their descendants in a way I hadn’t been aware of. It’s not JUST white farm kids having animal breeding competitions (which is how the 4H kids I knew described it to me) – there was a real public good element to it!!!)

According to Wikipedia (and the video from AL.com, above), Redoshi died in 1937.

She was alive during my grandparents lifetimes.