I mentioned before that I don’t write about EVERYTHING I read recreationally, because I don’t strongly recommend everything I read. I wouldn’t feel great about spending my time dwelling on things I didn’t enjoy.

There’s a web comic site that’s been advertising on Twitter, and I eventually caved and logged in to see what they have. Their ads are promoting a tale about an abused, sheltered heroine who was married off to an ab-heavy giant who doesn’t communicate well. She is terrified by everything and requires constant rescue. That is… NOT my cup of tea – I love competence (though I’ll settle for high spirits or a good attitude). The drawings are cute, but you will not read about that here.

Likewise, there’s a well-drawn manga I’ve never mentioned here, which packed the first collection I bought with adventure, but… the story got derailed somewhere in the second collection by the artist’s obsession with looking up all the girls’ skirts and gratuitous shower scenes. Later chapters seem to be mostly shower scenes? I know the conventions of awkward falling and “it’s not what you think” physical humor, and I have laughed at good versions of that (it’s possible!), but this one is just about drawing girls’ private parts now. I’ve given up, won’t buy more, etc.

It’s still fun to write about books and stories that impress me, so I’ll stick to that! 🙂

All You Need is Kill
by Hiroshi Sakurazaka
published by Viz Media, LLC (San Francisco)
2004 and 2014

I was impressed by the movie Edge of Tomorrow (whose posters read. “Live, Die, Repeat,” a slogan which was better known than the movie title). While perusing my new access to the Viz Shonen Jump library, I checked out this title, and… it is the story that Edge of Tomorrow was based on!!

For those of you who didn’t see the movie, the premise is: aliens attack earth, and they are nearly indestructible. A solider dies in battle, and then wakes up the morning before his death. He has to live through that day, the battle, and his death all over again. And again. And again. Though he can change things, he still always winds up dying. And he’s the only one who appears to be repeating that same day – for everyone else, it’s a new day, and they don’t know what is coming. This experience, of brutally dying daily, haunts and hardens him.

Since nearly any skill can be mastered with repetition, and repeating one day IS brutal repetition, he trains to become a super solider, to see if surviving the day can break the loop.

And then, he meets someone else who is experiencing the same thing. And may have figured out how to end it.

It’s a great, painful, dark story. It differs from the movie – it is more compact, there are fewer characters, the deaths are more gruesome, and the mechanics of the time trap are different. Different enough that, even if you’ve seen the movie, you may be impressed with this more cruel and concise version.

I recommend each and every one of these seventeen chapters zealously.

I’ve never watched a twitch stream before, and the dancing-hamster/MySpace visual era is back in a very strange way in the stream chat of this concert.

Also: many observations about “vibes.”

Oh, also the sound for the live acts is SUPERB. Really well produced. Immaculate sound. The engineers should be proud.

Live acts will perform at this festival Saturday and Sunday also, if you see this anytime soon.

Separately: I live nearly 5 miles away, and I’ve been able to hear the bass all day. I thought there was a festival happening a few blocks away, that’s how close it FEELS. Haha! That’s some bass.

I have a really bad case of wanderlust. Dates are being published for opening more and more things up for travel. Things ARE getting better. My airlines are sending me sunny newsletters about all the places I should go with them. And yet…we’re still losing more than A THOUSAND PEOPLE A DAY in the U.S.

It feels so… strange to be having such optimistic conversations, though the downward curve is quite welcome.

The graph just has scary numbers on the y-axis.

My pen friends in Europe are telling me that everything is great, but there’s a slight delay in their letters, so they aren’t looking at the data that I’m seeing. Which says that cases are up globally after a decline we were hoping would stick, and that cases are up 18% in Europe alone.

Wanderlust or no, I’m… not leaving the country anytime soon. 🙁

I read all available chapters (1 – 29) of this manga yesterday, and I think it’s lots of fun!

Chloé Love, a struggling, 28-year old horror movie actress, gets her big break in an unexpected way: she allows herself to be possessed by a spirit from Hades to battle evil, and a video of her defeating monsters goes viral. After learning that she is a “spirit medium” who can take on the powers of the spirits who possess her, she starts making friends PLUS fighting evil professionally, with enemies that include the nightmarish creatures of the Cthulhu mythos.

It’s fun! The drawing style is lovely, and consistent in a way I appreciate. Everyone is attractive! Chloé is adorable, caring, and makes friends with everyone!

Working for a Great Old One who hides its form by doing sexy-nurse cosplay is light-hearted fun. There is a ‘knowing’ sense of humor in the work about manga conventions generally, and I appreciate the way this manga pokes gentle fun at those conventions while also utilizing them smoothly.

While Chloé does often go to battle in a swimsuit and stockings, her character is proportioned respectably, and is treated with affection. Consent is sexy, and she consents to her possession by her spirit friends for battles.

The action scenes are pleasingly composed, too! The artist uses thoughtful design that gives the action sequences clear progress, which is a major accomplishment that should be recognized. (Too many manga have so many battles that are just movement lines and loud noises, so I really appreciate the thoughtful, well-designed battles with strong visual continuity.)

This is a lovely series from a talented artist that includes humor, supernatural action, great design, and a pleasant cast of characters. It sold me on the idea of subscribing to Shonen Jump (link below), and I’m looking forward to future chapters!

VIZ | Read GHOST REAPER GIRL Manga – Official Shonen Jump From Japan
The world’s most popular manga! Read free or become a member. Start your free trial today! | GHOST REAPER GIRL – The latest from the mangaka of Rosario+Vampire! A scrappy girl’s had it with grabby ghosts and fights back! Note: At the creator’s request, this series will read left-to-right.

I’m using these on my mail now, often in combination with other stamps for my overseas pen friends.

Day of the Dead has long been popular as a cultural celebration here, and it’s nice to see a stamp for this holiday. The USPS shop link is here while the stamp is available.

Historic, record-breaking amounts of it, even.

You've been asking for it, and we're delivering.

This includes rain ahead of the front as well as some lingering showers.

you can find the big list for the Bay Area here:https://t.co/tWmwafdjIv#CAwx pic.twitter.com/fH70GxxO4U

We also had some wild wind speeds, and are still under a high/dangerous surf warning.

The rain sounded great. It smelled fresh. It made row after row of fast-moving wavelets as it washed down my street. It was emotionally satisfying after yet another year when even drought-tolerant plants have dried up and died, because their very minimal water needs were not met. It was emotionally satisfying to know that this storm will likely put out those ongoing, previously unstoppable wildfires in the northern/central Sierras.

It has been so long!

There’s a good article in the Guardian about this set of storms, describing the all-or-nothing patterns as a sort of climate whiplash, which is yet another sort of extreme created by the ongoing climate crisis.

It felt good to have a REAL rainstorm. 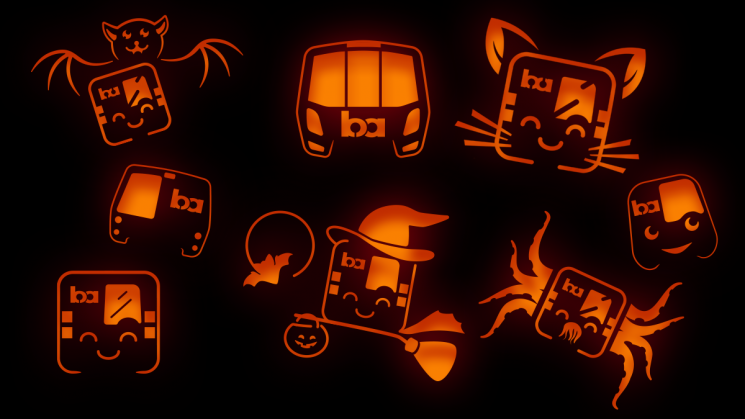 These Halloween stencils aren’t just kawaii, but they also know us well enough to feature a Cthulhu design. Ha!

I crossed 28,000 words of the re-write/editing project!

I think it’s going well. I’m excited about some events that take place in the story: it really does build up to a proper climax or two.

During this rewrite, I’m seeing that my chapter breaks aren’t well placed within the story. I’m sure I can do better! I should also examine the number of subsections I have, which mark changes of scene. I don’t know if they should be chapters or not, but I do think it is useful to announce location/place/participant changes.

There is a crisis/subplot that feels really relevant to the main character, but I’m unsure whether it plays out at the right time within the story. I’ll have to examine it again. It may be possible for it to occur at the same time, but be explained and examined by the characters later in the story…

There are some nouns that I’m renaming from the first draft as I write, and I’m trying to rename them consistently throughout the book. (Since the book is being re-entered, I can’t just do some sort of global search and replace yet.) This is the sort of thing that I was diagramming in a mind mapping program earlier this week, but a simple table or set of tables listing characters and the names of things (departments, hallways, offices, whether the cafeteria is called that or if it is a staff lounge, etc.) would also help me maintain continuity. So would an editor, but I’m not there yet!

I’m also doing fun internet searches for things like, ‘how many words can I type without injuring myself,’ because the all-meeting era of work meant that I really was NOT typing all day, every day, and my arms have their doubts about this. I’m still learning the ergonomic keyboard. I am learning to take breaks more regularly, and to use my amazing headphones to have a few lively dance numbers in the kitchen, so my blood circulates, and my body remembers life beyond my office chair.

Summary: I’m enjoying this, I’m glad I’m doing this, I’m gaining some new perspectives on how to improve it. Also, I believe this revision is now a higher priority than writing my fifth (!) novel(la) in November for NaNoWriMo, so I’ll keep at it.

I realize that rain isn’t considered that special, but I’m in a state with wildfires that have been burning for MONTHS, so, it is. SPECIAL. Exciting, even.

There is more heading our way!