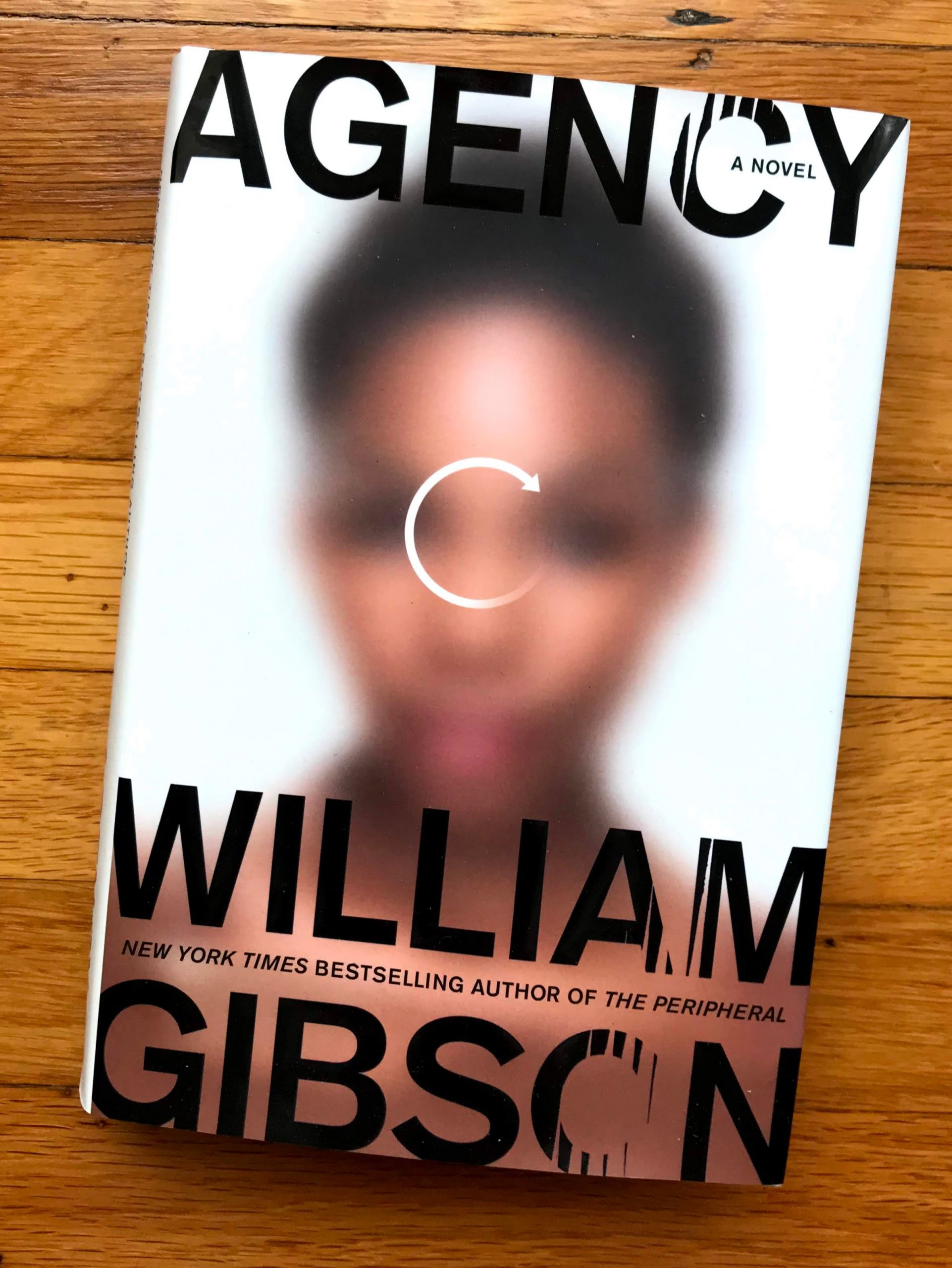 Agency, a Novel
by William Gibson
published by Berkeley, an imprint of Penguin Random House LLC
2020

Agency, a Novel by William Gibson, made me giddy, excited to be reading, and excited to think about the future. Which is worrisome, because it is seriously dystopian!

The story is set in what is functionally the present, in a parallel universe in which the Democrats won the US presidency in 2016, and the world is heading toward a world-ending nuclear conflict triggered by a proxy war in Syria. Authorities in a dark future attempt to intervene to save this parallel reality from destruction by reaching back through time using [a technical magic trick] to contact a woman in San Francisco, who is testing out a new technology that could change her reality’s future.

Be aware that this is the second book in a series that began with The Peripheral, which sets the scene / technology / world-building for this book, and to fully appreciate this one, you’ll need to read its predecessor. Know that the story and quality of writing is worth it to commit to both books!

I’m one of those people who has been reading Gibson’s novels since his cyberpunk era, and am an even bigger fan of his recent, non-cyberpunk work. While cyberpunk felt very much built around dark video game graphics and deadly street fighters, Gibson’s recent writing features remarkably hip female lead characters, contemporary conceptual art, vividly realized technology that feels imminent and consumer-ready, and touchpoints in human cultural products like film, fashion, user interface design, and cosplay. Gibson is developing an extensive female readership, having moved from describing women physically (I flash back to a character’s girlfriend who was perpetually sexually available: “She was always ready…”) to writing in the voice of really compelling female characters. He writes characters that are smart, enjoyable, and human!

Gibson uses language skillfully: there were sentences I re-read out loud to savor. There aren’t many authors I can say that about.

I recommend this book! I especially recommend it to people who like his other recent works, fans of near-future fiction, people who drink coffee at Craftsman + Wolves on Valencia Street (lightly disguised by a slight name change in the novel), people who daydream about AIs that are actually clever, and dystopian futures that feature grown-ups.

I bought this book new from Green Apple Books here in San Francisco. You can order online from them! Always support your local booksellers!